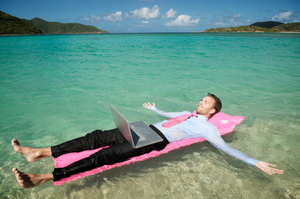 Consulting is renowned for two things: The long working hours required on the job and constant traveling away from home. Despite that, a recent study by the Management Consultancies Association amongst new hires reported that consultants are those most satisfied with their job. The report did find, however, that many young managers, particularly women, struggle with the work-life balance found in the field.

The findings were based on the survey “Who wants to be a management consultant?” and reflect the opinions of 320 consultants who have worked for less than five years in the industry.

About two-thirds of survey respondents indicated that their job satisfaction is either “good” or “very good,” reporting high scores for their interest in their work and the diversity of opportunities available to them.

Most of those surveyed rated the balance of their time between work and life as “average” or “good,” only 7% saying it was “very good.” While this may seem low, these scores improved since before they had joined the industry. These concerns were expressed primarily by women, who are less inclined to spend time away from home as part of their careers.

Only 17% of the young consultants indicated that they had plans to leave the industry soon, although an additional 20% remained unsure. Most of the uncertainty again came from women, who cited problems balancing their work and life as a big reason to leave. Top management believes that this generation has expressed greater interest in having control over their own workload and is willing to sacrifice their salary to create more stable careers.

The study also found that a majority of young consultants had completed internships, mostly unpaid. Approximately one-third of young consultants had received advanced degrees—the mostly popular one being the MSc. About two-thirds of the consultants recruited in past years from the UK studied at Russell Group member universities. Lastly, undergraduate majors varied among the field but business was the most common, then economics, engineering, and finally humanities.

Overall this study gives us rather positive feedbacks on how well we treat our new hires but does show that our life balance needs to be improved. Perhaps the Management Consultancies Association should put some consultants to solve that problem..

To see the top five reasons for why consultants leave the industry, click here.