Moving beyond the Analysis: Close Relationships Can Help 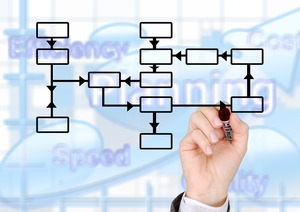 For the past three months, I have been conducting a strategy review for a retail chain. As any consultant would do, I had gathered data, had conducted interviews, had prepared analysis, had derived recommendations and had begun preparing for a series of presentations. Initially, I had felt that I was being accepted within the organization through the assigned additional work given to me, which I took as a sign of both the trust and the confidence that the company had in my abilities. Although the project had been going seamlessly at this point, I had felt that not everything had been going as I had planned for.

The thorn in my side was a regional manager who had been constantly canceling meetings at the last minute while incessantly challenging every aspect of my work. It was after not being able to find a timeslot with him, I had, eventually, suggested that we meet at a coffee shop near his house. It was on my drive over that I had decided to try a different approach with the manager. Rather than talking about the work that was on hand, I had asked him if I could give him my personal analysis on his position within the organization. I went so far as to highlight his past mishaps of which the CEO constantly reminded him while adding my own thoughts about how either his own team was not cooperating with him or that they were just flat-out undermining him. I showed him concrete examples of how I had been doing additional work that was meant for him simply because the CEO did not trust him to follow through. He listened, started yelling at me for five minutes, excused himself and left.

Not being able to let this incident go and fighting the basest instinct within me, I texted him during the weekend and had asked him to meet me at the same coffee shop by his house. I did not apologize for what I had said or done instead proposing that he use me to change his position. Being much calmer this time around, he confessed that I had been right about my analysis of his position and that he was worried that he was going to be out of a job in the near future.

For the following two weeks, we worked closely alongside one another, which ultimately culminated in him presenting his work to both the CEO and his management peers. He had taken his team for a long talk and had started to make changes in ways his team worked while also changing their tasks. As for the two of us, consultant and management, we became so close that we have made it a point to grab a beer together at least once a week. I am now, according to him, his ‘privileged advisor.’

Becoming a privileged advisor is not necessarily about exhibiting super consulting or analytical skills. It is not even about working harder, covering more work, or having a better analysis. Rather, it is about truly caring about the people with who you work and not being afraid to lay down the facts and having those tough conversations.

(Consulting Café Editor's Note: We agree with Uri on what he has to say, and if you want to further your independent consulting career check out our marketplace for necessary templates and deliverables).

Uri Goldberg is a McKinsey alumnus who has turned into a freelance consultant. He is currently helping companies and governments tackle issues surrounding strategy, organization and performance. He also writes in the The Art of Clarity, his very own blog.