Nathan Furr: Strategy doesn’t matter at the start of a new venture 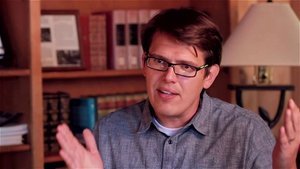 Nathan Furr is one of the world’s leading and recognized experts in innovation and entrepreneurship. His last acclaimed book "The Innovator's Method: Bringing the Lean Start-up into Your Organization" offers a beginning-to-end guide for helping large companies to innovate in the Digital Age.

Pierre Guimard: Classical management methods are no longer adequate to innovate in the Digital Age. To what extent could we say that the economy is now different than what it was 15 years ago?

Nathan Furr: The short answer is that technology has radically lowered the costs to start new businesses and develop new technologies. The slightly longer answer is that on the supply side, the falling costs of computing followed by the internet has lowered the cost of creating new technologies and businesses by increasing the amount of available information and decreasing the transfer of that information, including the transformation from delivering physical products via physical channels to increasingly delivering digital products via digital channels. In practical terms this means that to start a business you no longer need 100,000 to open one physical store that reaches a limited geography but for a few thousand dollars you can open an online store that reaches the world or borrow an increasing wealth of open source or modular components that can be hosted online at the exact scale needed by using Amazon Web Services rather than purchasing a room full of servers. On the demand side, education, policy, and cultural changes have unleashed a tsunami of entrepreneurs who intent on changing the world. These factors contribute to a radically more uncertain world, which means that traditional management tactics designed for execution in a world of relative certainty need to be complemented with innovation management tactics designed for exploration in a world of uncertainty.

PG: You suggest that managers should heavily use prototyping when launching a new concept. What is the added value of such an approach compared to classical market surveys?

NF: If you are really trying to innovate in a more than incremental sense, then by definition you are operating under conditions of uncertainty. In the uncertainty context, classical market surveys tell you almost nothing because you don’t actually know what questions to ask yet! The danger of surveys is that because they appear to have more “statistical” validity due to their larger sample, they will make you feel like you know what is going on, but 9 out of 10 times you will miss the big insight that leaves to innovation. By contrast, the real insights come when you have contact with customers. A radically simple and fast prototype (the kind you could create at home tonight by drawing on a sheet of paper or PPT) would allow you to start talking to customers and get their insights. Sometimes people are afraid to do this because they are worried potential customers might hate what they produce. So what if they do … it’s only a few people at most, and better to learn this lesson now than later.

PG: You advise readers to ‘nail the problem’ before even thinking about strategy. Is it the end of business plans as we know them?

NF: I’m actually trained in both strategy and entrepreneurship, so with that limited authority I’ll say something heretical. In my personal opinion, strategy, or at least our obsession with competitive advantage as strategists, doesn’t matter at the start of a new venture. All the time I see entrepreneurs and managers obsess about creating new ventures with sustainable competitive advantages on day 1. But consider this challenge: examine any classic strategy course and all the companies usually discussed in these classes—Microsoft, Google, eBay, WalMart, PayPal, Apple, Cisco, Symantec, Dell, Southwest... (the list could go on and on) —not a single one of these companies were founded with the sustainable competitive advantage they enjoy today. Microsoft started with the vision to sell programming compilers not a world dominating operating system, Google was trying to create an indexing system for academic articles not the world’s most profitable ad platform, and on and on for every case. Some companies went through numerous, major changes (PayPal had 7 major changes) before finding what eventually becomes the “sustainable” competitive advantage we recognize today. So yes, the business plan of the past is dead. For the most part it eats up valuable time that could have been used actually testing real assumptions with customers. As Scott Cook, founder of Intuit, told us: “For every failure we had, we had beautiful spreadsheets” (paraphrased). Most likely business plans will evolve and adapt. Thinking through your core assumptions and testing them in the market has value which is why I co-founded the International Business Model Competition (with Steve Blank and Alex Osterwalder) to reward students for following this process.

PG: Every situation is different but is there a typical time frame that should be considered between the initial idea and the first product launch?

NF: Every situation is different. True. But if we count the first product launch as the first time a customer sees “something”, I would prefer to issue you a grand challenge: why not tomorrow? If you had to sell something to your customer tomorrow, what would you build to sell them? Now go build that and use it to get feedback from customers about your critical hypotheses. I know entrepreneurs who built billion dollar businesses starting with something they built overnight and showed to a customer the next day. You may tell yourself that’s impossible, I’m working on a physical device. Why not draw it out and show that to a customer? By the way, Google prototyped the first working version of Google Glass in a single day. And medical devices can be drawn or faked to start testing key hypotheses. If you are building software, draw it in PowerPoint first or use some of the many prototyping and wire-framing tools out there.

PG: What are the main new skills that consultants absolutely need to learn, in order to help their client to innovate in the digital age?

NF: Be relentless in helping clients overcome the tendency to plan and wait. Help them identify the important and uncertain assumptions in a business model and then structure the fastest reliable experiment to get the data (most often from direct contact with customers). This is where the “ah-has” come from: once you step outside the door and start talking to customers.

The Innovator's Method: Bringing the Lean Start-up into Your Organization “This is the first book that chronicles the process of innovation from beginning to end. If one faces a high-uncertainty problem, then the tools of lean start-up and design thinking they describe are valuable innovation tools.” Clayton M. Christensen, Professor, Harvard Business School; author, The Innovator’s Dilemma

“There are dozens of books you could read about innovation—or you could read just this one. Furr and Dyer have synthesized the best ideas from lean start-up and design thinking to provide real, actionable insights that can help you test, validate, and launch new innovations.” Marc Benioff, Chairman and CEO, salesforce.com 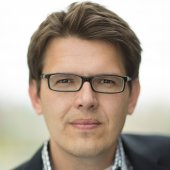 Nathan Furr is co-author of "The Innovator's Method: Bringing the Lean Startup into Your Organization" and professor of innovation and strategy at INSEAD. For more research and tools on innovation, visit learn.theinnovatorsmethod.com. @nathan_furr