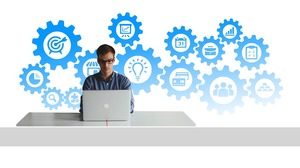 A fundamental change is quietly but most assuredly taking place in the American workplace: the balance of power is shifting from employers to professionals who work contingently. While those may be magical words to some in the field, it’s downright scary to others because many companies are yet to fully realize the dramatic shift or know how to respond to this pivotal change.

Interestingly, as the business environment became more challenging for companies in the past few decades, the better the argument became for contingent workers. With experienced professionals now the fastest growing segment of the contingent workforce, coupled with the seemingly unquenchable appetite of companies for top-tier talent, the laws of supply and demand are shifting in favor of skilled independent consultants.

While some pundits lament the move toward a more contingent workforce, the change may simply be a function of the time-tested principles put forth by the late Frederick Herzberg, an American psychologist and one of the 20th century’s most prominent thought leaders on the employer-worker relationship. Herzberg published his groundbreaking Motivation-Hygiene theory which showed that job satisfaction is governed by one set of factors while job dissatisfaction is governed by another set. The dissatisfaction factors — company policy, supervision, work conditions, salary, and others — tend to be controlled by the company. These factors tend be cyclical, meaning companies must continually work to improve the factors or risk dissatisfaction in the ranks. And when times get tough, companies typically scale back, fueling dissatisfaction.

On the other hand, the satisfaction factors — the work itself, achievement, growth, and others — tend to be controlled by the workers. These factors are typically cited as the reasons workers opt to go independent.

Not surprisingly, independent consultants today are overwhelmingly happy with their mode of work. In a new M Squared survey, 85 percent of independent consultants were satisfied or extremely satisfied with their career choice. And this satisfaction is not a short-term happiness blip. Nearly 60 percent of the respondents have been consultants for more than six years — 50 percent higher median job tenure than full-time employees. In fact, when asked, only 11 percent of those surveyed would choose to return to full-time employment.

While 70 percent of the respondents felt they earned the same or more than full-time employees, compensation, while important, was the primary benefit for just 15 percent of consultants surveyed. Aligned with Herzberg’s findings, 47 percent of consultants were happiest with their ability to pick and choose projects based on their skills or the challenge and/or variety of the project. These independent professionals are working on interesting projects on their own terms.

Set against the context in which many white-collar corporate employees find themselves today — a 24x7 work schedule, minimal or non-existent pay raises, rising institutional bureaucracy, mounting healthcare premiums, threat of job loss, and more — it’s no wonder that regaining a measure of control by being a “free agent” is appealing to millions.

So…how should organizations react to this new workforce landscape?

Companies must first realize that competition for key resources will be fierce for years to come. And the size of the contingent workforce will continue to grow. Executives must review how they’re recruiting and managing these independent professionals in the “new world of work.” It’s clear compensation is important to this talent base but not enough; these are smart, passionate human beings who have choices.

Bottom line: Companies must re-tool their human capital strategies to align with today’s contingent workforce realities. Start by getting independent consultants excited about working with you by offering the right projects; the more interesting the project and the better the fit with the consultant’s skills, the more attractive you become. My advice to smart companies: offer what they want and you’ll get who you want.

And while independent workers may not be officially in charge, it’s clear that expertise equals power in today’s marketplace and the contingent workforce has plenty of both.

Based in the Bay Area, John Kunzweiler joined M Squared Consulting as chief executive officer in May 2010. M Squared Consulting is the leading provider of project leaders and subject matter experts for managing and implementing business-critical initiatives. John was recently honored as the “2012 Most Admired CEO” in the Professional Services category by the San Francisco Business Times. Prior to M Squared, John was a global managing partner at Accenture. Contact John at www.msquared.com