The Most Important Leadership Trait You Shun 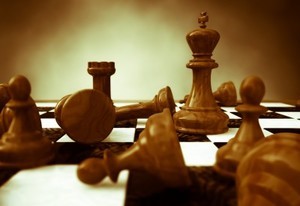 Imagine two lists: One contains the qualities that a business person should have, and another includes the attributes that most business people would say they wouldn't want to have. There's only one term I can think of that might top both lists: vulnerability.

Whether we're talking about leadership, teamwork or client service, there is no more powerful attribute than the ability to be genuinely honest about one's weaknesses, mistakes and needs for help. Nothing inspires trust in another human being like vulnerability -- there is just something immensely attractive and inspiring about humility and graciousness.

When a manager can admit that one of his employees has better skills in a given area than he does, or a team member acknowledges that she needs help from a peer, or a consultant admits that he doesn't know the answer to a client's problem, it sends a powerful message about their confidence and trustworthiness. It builds loyalty and commitment more than anything else. That's not to say that competence isn't important; it's just that without honesty and humility, it has limited potential.

And yet, few business people actively strive to grow in vulnerability, wanting instead to project strength and confidence to the people they lead, work with and serve. Ironically, they are limiting their potential for success. That's because it's not the smartest or most competent leaders, teammates and service providers that are the most successful ones. If that were the case, success would be much easier to predict than it is. In reality, the most successful people are those who achieve a required or minimum level of competence, and then enhance that with as much trust-inspiring vulnerability as they can.

For those who are skeptical about the power of vulnerability, it is helpful to apply the concept to matters of social and interpersonal effectiveness. We all know someone who is immensely talented or intelligent but who is too insecure to recognize and acknowledge his limitations. Being around that person is painful, and he ends up having a minimal impact on friends and family in spite of his considerable talents. If you could redesign that person for maximum happiness, success and impact in life, you'd gladly trade off much of his skills for a greater sense of vulnerability. Deep down inside, he would too.

In my career consulting to CEOs, I have never met a CEO who was too intellectually slow to be successful. Most executives have more than enough skill and intelligence to be wildly successful. What set the best ones apart is their ability to know their limitations, surround themselves with others who fill their gaps, and perhaps most important of all, freely and openly admit to others that they are aware of and comfortable with their shortcomings. These leaders attract and retain the best employees, and inspire them to be vulnerable too. As a result, they build companies that clients trust, stick with and enthusiastically recommend to others.

Today, we are reminded constantly of the power, and fear, of vulnerability. In business and politics we watch leader after leader defend themselves, deny responsibility for mistakes, and reject offers of assistance seemingly unaware that the long term impact of their defensiveness is a growing distrust among the very people whose support and loyalty they need.

Perhaps we'll see a renaissance in the appreciation for vulnerability one day, not the kind that is designed for press conferences and talk show interviews, but the genuine kind that is as painful as it is real. And if that renaissance doesn't happen, then the advantage for those who are willing to embrace vulnerability will be that much greater. 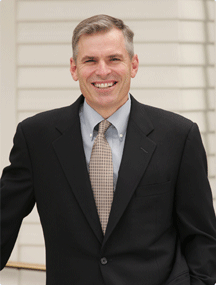 Patrick Lencioni is the author of ten business books including the new release, The Advantage: Why Organizational Health Trumps Everything Else in Business, and the national best-seller, The Five Dysfunctions of a Team. He is founder and president of The Table Group, a management consulting firm focused on organizational health.