The Power of Saying 'We Blew It' 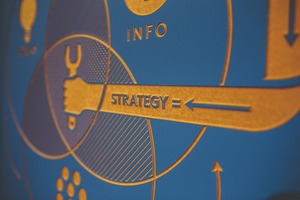 I recently saw a television commercial that made quite an impression on me, and I have a hunch that it might go down as one of the most effective advertisements of all time, assuming the company behind it is sincere. I'm talking about Domino's Pizza and the recent ad in which the company concedes the shortcomings of its product and explains what has been done to improve it.

The spot opens with customers describing Domino's pizza using words like ketchup and cardboard. Then, Domino's President J. Patrick Doyle matter-of-factly explains the importance of acknowledging how customers see his pizza. Finally he outlines the company's response: 40% more herbs in its sauce, better cheese, a special glaze on the crust. I have a hard time remembering the names of the U.S. Supreme Court justices and even what I had for breakfast. But I can remember all those details from the Domino's ad, and that says a lot about its impact.

I'm willing to bet that Domino's will sell a lot more pizzas in the months ahead. And the reason I believe that has less to do with the new ingredients than with Domino's willingness to cross a line that most companies—and for that matter, most leaders—won't even approach. Domino's chose to make itself vulnerable.

Vulnerability isn't a word that shows up on lists of ingredients for business success. Here's why it should: Without the willingness and ability to be vulnerable, we simply can't build deep and lasting relationships in business and, come to think of it, life.

Vulnerability is often seen as a weakness; it's actually a sign of strength. People who are genuinely open and transparent prove that they have the confidence and self-esteem to allow others to see them as they really are, warts and all. There's something undeniably magnetic about people who can do that.

When it comes to the workplace, vulnerability is critical in the building of teams. When teammates feel free to admit their mistakes, ask for help, and acknowledge their own weaknesses, they reduce divisive politics and build a bond of trust more valuable than almost any strategic advantage. Another great venue for vulnerability is the one I work in, the world of service. When consultants and advisers are willing to ask dumb questions, tell the unvarnished truth, or broach the painful, elephant-in-the-room topic, they engender loyalty and trust with clients.

Getting back to Domino's, I think the most fascinating application of vulnerability is in marketing and advertising. It's so rare that it packs a strong punch, as long as companies mean it. Go ahead and try to think of other corporate examples of humility and naked honesty. There aren't many to choose from.

One is General Motors, which emerged from bankruptcy last summer offering this slogan: "General Motors needs to start over in order to get stronger." More recently, the Chicago Bears capped off a miserable season by buying a full-page ad admitting to a subpar attempt at professional football and thanking fans for their support in spite of the team's mediocrity.

But the Domino's ad struck me as particularly potent, perhaps because it doesn't spring from a crisis at the company (its market share has been holding steady). You wouldn't be wrong to call it countercultural, though I hope that will change. As consumers, we are so used to companies exaggerating and embellishing that we've learned to be skeptical, even cynical.

That's why Domino's made me do a double take. And I know there are a lot of people out there like me who will give a second chance—or even a first one—to a company that shows that kind of courage.

Patrick Lencioni is the author of ten business books including the new release, The Advantage: Why Organizational Health Trumps Everything Else in Business, and the national best-seller, The Five Dysfunctions of a Team. He is founder and president of The Table Group, a management consulting firm focused on organizational health.