Why I Became an Independent Contractor 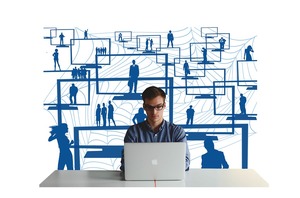 When we were all in college our dream jobs were in some multinational company with plenty of opportunities to grow, various exciting projects to work on, and to ultimately leverage the skills that we had learned in school to further our careers. Then you get the real world job, and you realize how narrow the scope is in what you are asked to do. The opportunities are there but then again it is not really what you had thought that they would be like. You learn to adapt in that environment. When the industry that I had worked in, building nuclear power plants, had a downturn, you could see that it wasn’t necessarily about what you knew but who you knew and the dollars and cents that it would be costing the firm to keep you on.

Entering Consulting as an Industry Hire

That is when I decided to become a full time employee at a management consulting firm. This was a refreshing change from the monotony of my engineering career as I was given new projects every year. There were a lot of new people to meet, new things to learn and the ability to expand your knowledge base. I was given projects in the pharmaceutical, manufacturing, defense, banking, insurance, and health care industries; opening me up to a multitude of channels.

In addition, the consulting company had a vested interest in keeping you as marketable as possible; therefore, they always made sure that your skills were upgraded and up-to-date. The more experienced you were they could charge the clients -that, of course, did not mean that they had to pay you more. One should realize that once the economy is in or is starting to be in a downturn, the first ones that will be cut from the client are the consultants. At the same time, sitting on the bench was frowned upon. Even the big four consulting companies will not have people on the bench for more than a few weeks (i.e., they have to find a job in some city otherwise you’re out of the company).

It was working in this consulting company that I realized that the people who were marketing us had no idea about our skill sets and the problems that the clients were trying to solve. It was us, as consultants, who had actually developed relationships with the client and their management and staff and ultimately delivered that sought after product. When the first opportunity presented itself, I became an independent consultant. I started to work directly with clients and sometimes through a third party but as a “corporation.” That opened up a whole new world for me, as the ‘real value’ of your talent, experience, and skill was quite visible. I, finally, started to get paid for what I was worth (or what I was able to negotiate), which was a very valuable business lesson.

The tax structure, in addition, showed a completely different perspective than what I was used to. I realized that the people working with a W2 had little leverage to increase their take-home pay. The individual, however, working as a corporation, through an S or an LLC, got to keep 30-40% more of the gross income than the comparable W2 person. The downside of being an independent, on the other hand, is that you can potentially be unemployed for 3 to 6 months of the year. The lack of support system can also be a challenge for freelance consultants. You must upgrade your own skills on your own time, but you are given the freedom to choose which skills you want to enhance, instead of someone else telling you which one that you should.

Being an independent consultant is a choice that certainly doesn't fit everyone. But if you are able to manage the uncertainty of the job and pay check, independent consulting offers many rewards. It is a riskier career and life choice, but so far, the freedom and personal growth I have gained from it has far compensated for the risk.

Santosh Kolhatkar is currently working as an independent IT consultant in Woodside, CA where he is married and has two kids. He has an engineering background and has been in the Consulting industry for the past 15 years.